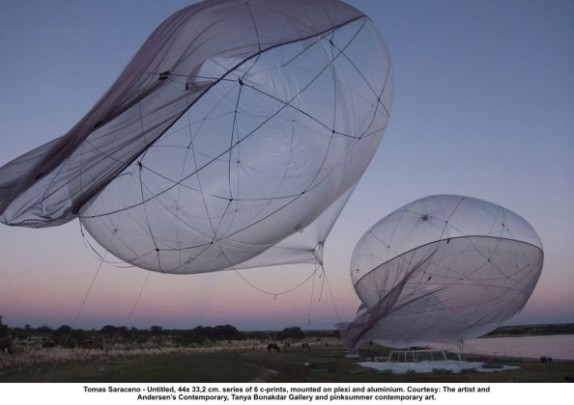 Can art shape new ways of living? Yes, but only if it combines with science. Argentine, 1973 born Tomàs Saraceno has built an entire career upon this idea. During the last years, he went as smoothly from exhibiting at Berlin’s Hamburger Bahnhof and New York’s Metropolitan Museum to working with Nasa and the Massachusetts Institute of Technology. At last, Saraceno’s landed to Italy, and on 26 October he will inaugurate his latest work at Milan’s Bicocca Hangar, entitled “On space time foam”. It’s a chance for us to approach an enormously ambitious professional, who created a coherent and future-oriented universe, made of floating space-balloons, spider webs artificially reproduced as aircraft, and sky-suspended cities. 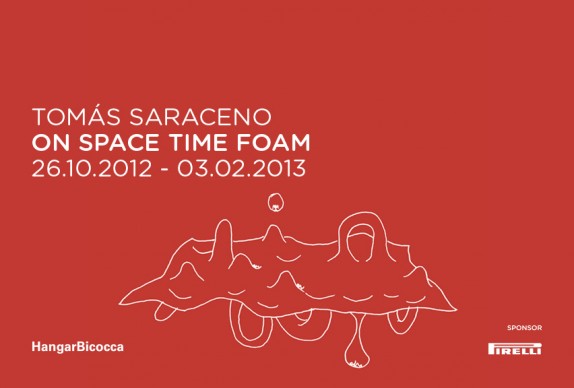 Saraceno revives the most Leonardesque dream—that of flight—though with the postmodern touch of the era of synthetic biology and the Higgs boson. Each work is conceived as a continuation of its predecessor, and their creation aims at fleshing out the idea of a Cloud City, representing a physical, social and architectural utopia. Cloud City is in turn the name of the modular structure located on the Met’s roof in New York, facing Central Park, on display until early November. 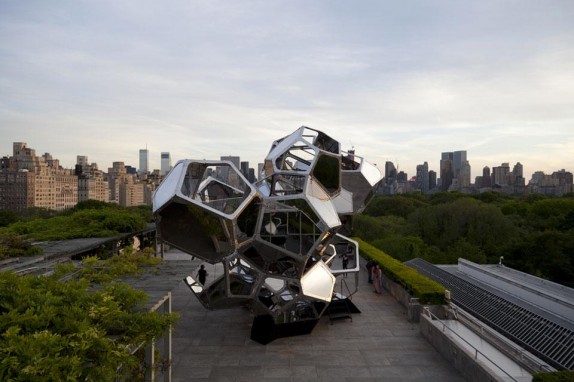 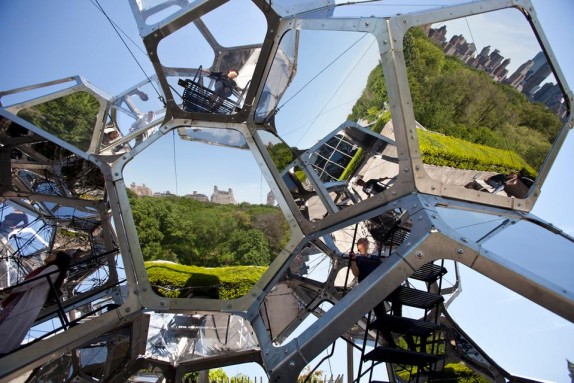 “On space time foam” is another metaphor of the same utopia. Three thin, transparent plastic sheets are set, one above the other, in the huge cubical, formerly industrial building which composes the Bicocca Hangar, at a twenty metres height. Pressure is such as to make these membranes responsive to weight and temperature variations: that is the aim of the installation itself. Groups of visitors (up to nine people at a time) may climb a stair and experience the work, discovering how their own movements are affected or even constrained by what’s around them—by each element of the ecosystem. 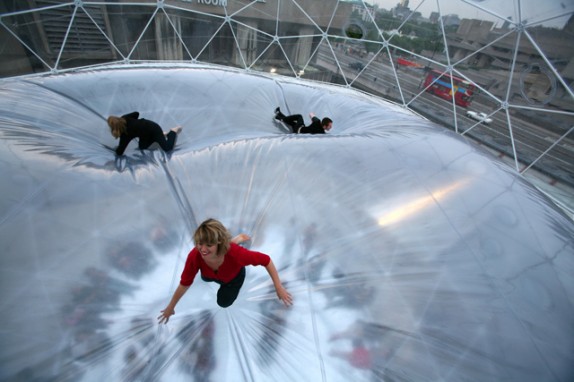 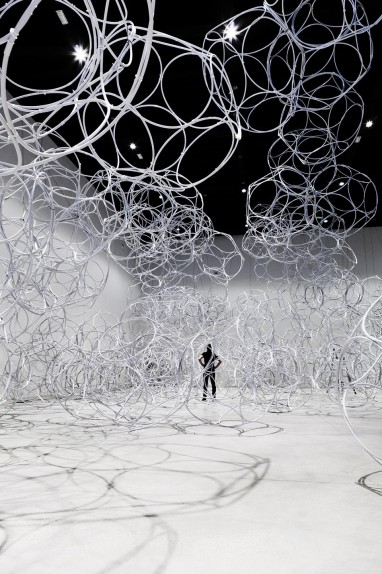 Concerning “On space time foam”, Saraceno has claimed that it is “the bigger step ever made towards the creation of the Cloud City”. What is more, after the Hangar exhibition (which will be over on 3 February 2013), the large plastic sheets won’t be dismissed. In fact they’ll be taken down and brought to the Maldives, where Saraceno will continue his research with the support of the newly born Center for Art, Science & Technology (Cast) of MIT. 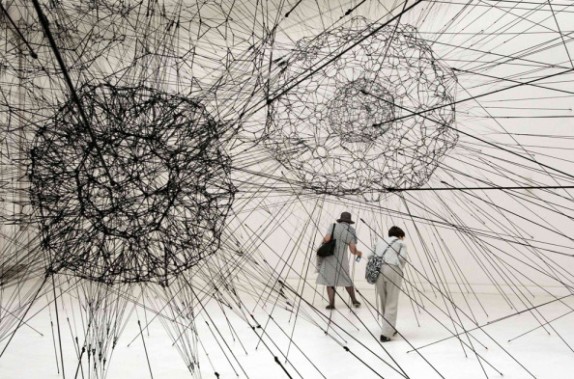