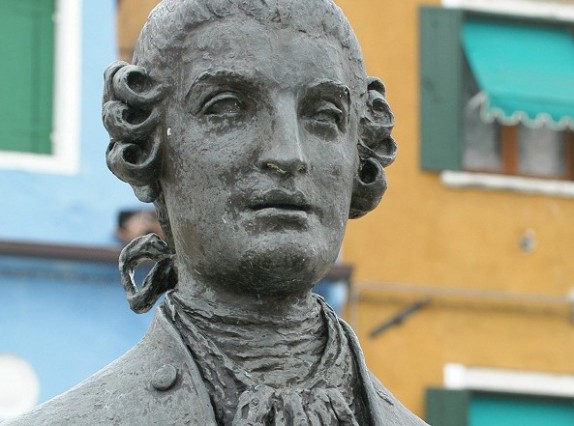 “Grace, clearness and good modulation”. That’s how Baldassare Galuppi once described his idea of well-made music. It is a definition we are glad to remember in these days of October, as we are celebrating the anniversary of one of the most preeminent musical personalities of 18th-century Italy.

Harpsichordist and prolific composer, Galuppi was born in 1706 in the Venetian island of Burano. He gained fame and respect thanks to his many operas, some of them written with the comic playwright Carlo Goldoni, but he did not limited his efforts to playful tones: indeed, he produced a remarkable body of sacred and liturgical music. Risen to the post of Maestro di Cappella at St Mark’s Basilica, he always mantained a deep link with its native city, though he got assignments in Britain, Austria and Russia, where Catherine the Great asked for him. He died in Venice in 1785, a few years before the Campoformio treaty ended the thousand-year Repubblica Serenissima.

In the video we have chosen today, dated 1962, Arturo Benedetti Michelangeli is performing Galuppi’s Sonata in C major.