An old man with a long white beard, a feet-length tunic, cautiously makes his way against a dark backdrop, bent over on his two sticks. Above his head is the inscription “I’m still learning”. 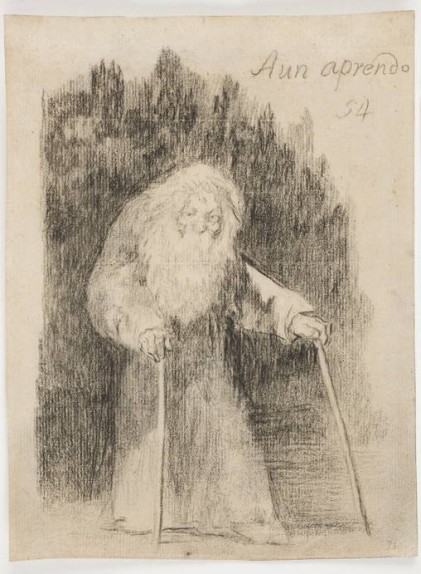 Amongst Francisco Goya’s works, this small drawing is by no means the most celebrated, outside the scholarly circle. And yet there’s something memorable about this Aun aprendo, a subdued, old age self-portrait. Perhaps it’s the sense of modesty and humanity; or the wholeheartedness of its appeal to learning. Only late in life, around 1820, Goya enthusiastically engaged in the technique of lithography, an invention of the last century: Aun aprendo dates between 1825 and 1828, the year of Goya’s death.

Despite its extraordinary value this engraving, conserved at the Prado, barely attracted any attention for decades. Its fortune, however, may change until 20 January 2013, for Aun aprendo is among the highlights of a temporary exhibition of some recently restored drawings by Goya. 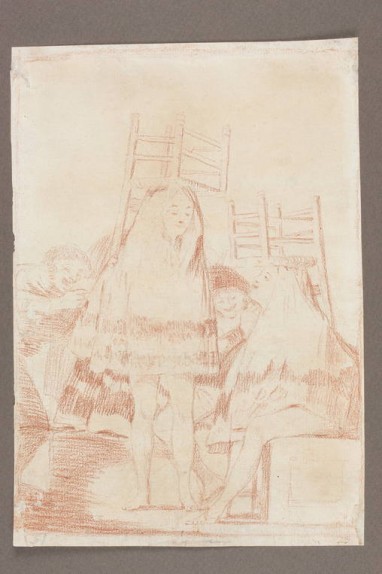 The aim of this “Instalación temporal” is indeed to discover and inquire. Only a few of these works have been displayed in public in recent times, owing to their poor conservation status. Apunte del Real Observatorio Astronómico de Madrid is even an absolute premiere, in that it was discovered by chance on the rear of the urban-life scene portrayed in La calle. No doubt that, with this restoration, the Prado has earned a new Goya.

A great part of the selection is composed by the fourteen preparatory drawings of the well-known series of the Caprichos. These very drawings were known as the “yellow caprices”, owing to the protective substance they had been covered with at the end of the Nineteenth century, which would have grown yellow with time, thus inevitably marking their look. Having been brought back to their original status, and legible at last, these drawings between the satyric and the fantastic may also be admired on the Goya-dedicated web portal, inaugurated by the Madrid-based museum during the last summer. 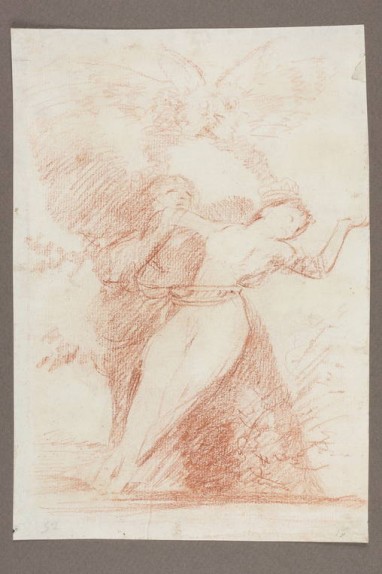 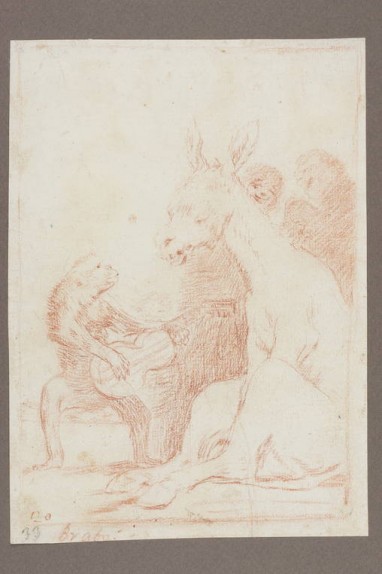 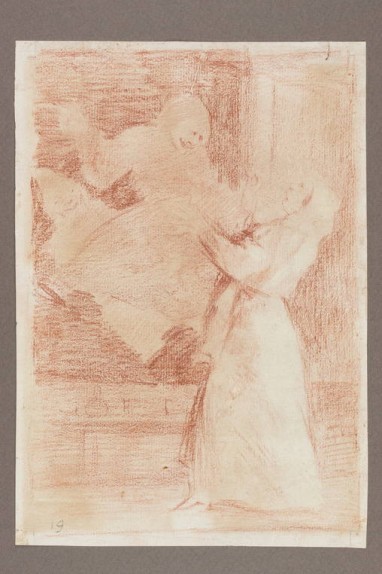