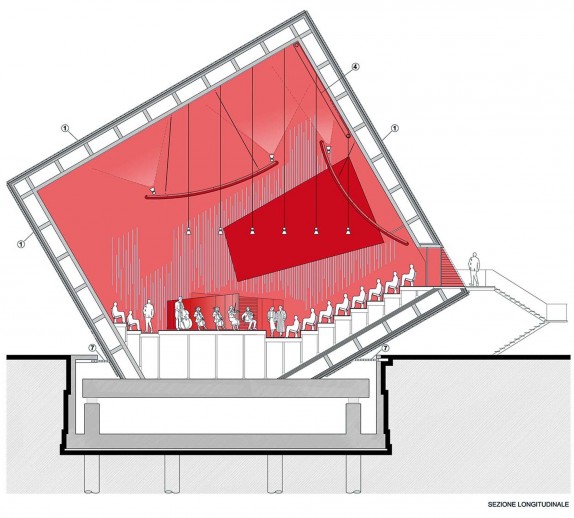 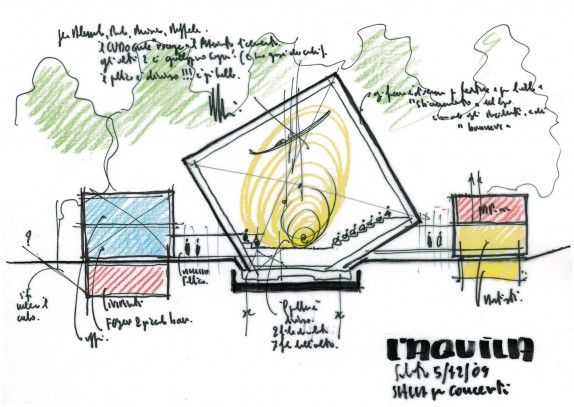 On Sunday, 7 October 2012, Claudio Abbado’s Mozart Orchestra is set to perform at the inauguration of Renzo Piano’s Park Auditorium in the central Italian town of L’Aquila. Three years and a half after the Abruzzo region was hit by a devastating earthquake in April 2009, L’Aquila’s people will celebrate a new venue for concerts and shows. 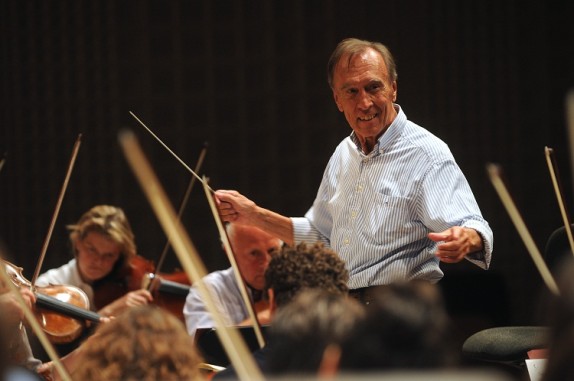 The new, cube-shaped wooden auditorium, designed by the 75-year-old Genoese architect, has been conceived as a temporary structure. It will be removed when the nearby, quake-damaged 16th-century Spanish Castle, traditional location for musical events, is fully repaired. 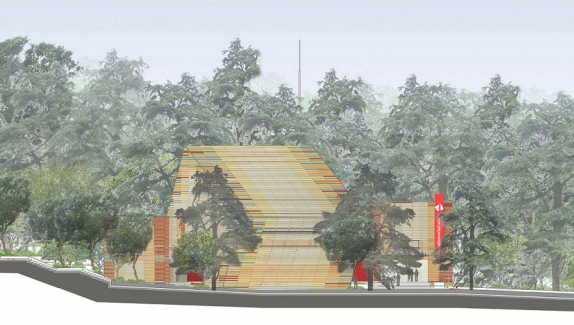 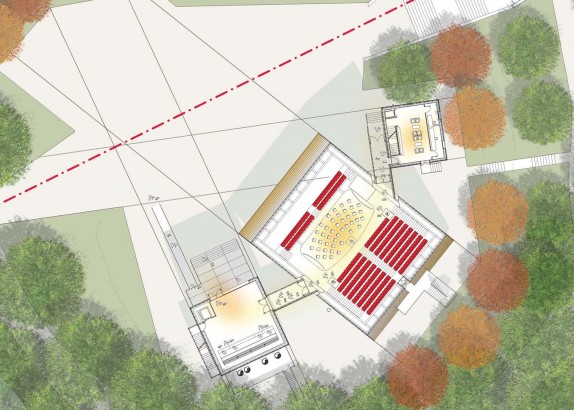 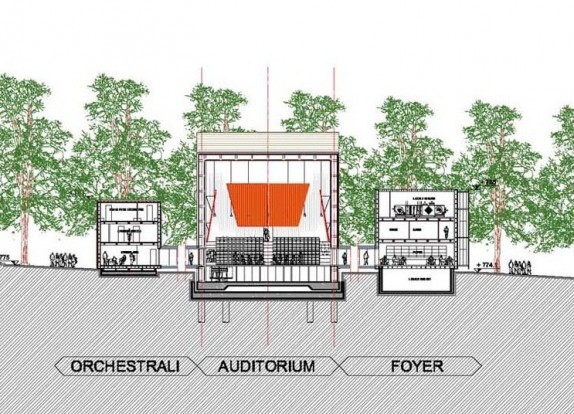 First in the morning, at the final rehearsal for the general public, and then in the evening, at the presence of the President of the Italian Republic, Giorgio Napolitano, Abbado’s Mozart Orchestra will perform some of Johann Sebastian Bach’s masterpieces, such as the Violin Concerto in E major, BWV 1042, the Concerto for Violin and Oboe in C minor, BWV 1060R, the Orchestral Suite No.2 in B minor, BWV 1067, the Brandenburg concertos nos. 2 & 3. 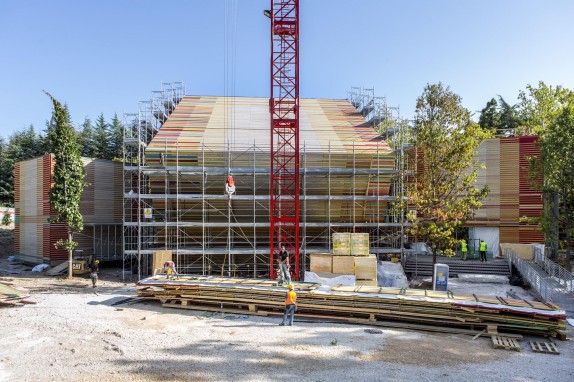 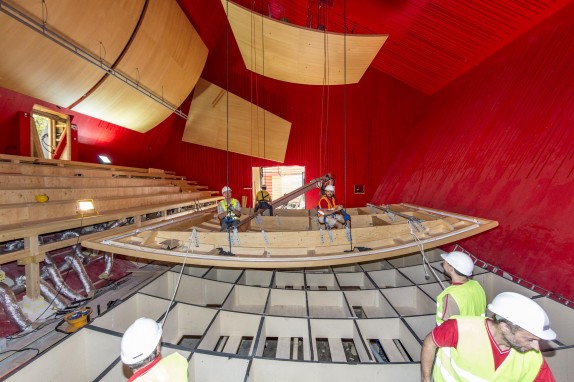 The Mozart Orchestra itself has contributed to the funding, through the association “Orchestra Mozart per l’Abruzzo. Una casa per la musica”, which has raised almost 50.000 euros since 2009, either from private donors or from the Fondazione Cassa di Risparmio di Bologna local bank.