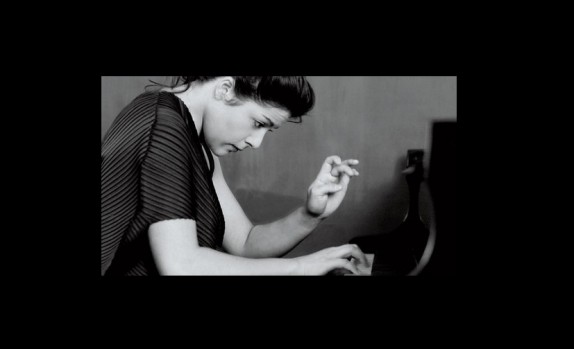 The Amici della Scala are remembering and tenderly saying goodbye to Mihaela Ursuleasa. Mihaela, a pianist of great value, died the last 3 August in Vienna. She was just 33 years old.

Accompanied by her mother, she left her native Romania at the age of thirteen, beginning her musical career with the economical support of the Amici della Scala, as specially requested by Claudio Abbado, who’s been always willing to help young musicians, and who foresaw the young pianist’s talent.

Still a child, she was the guest of the Amici della Scala for her first concert, performed at the Milan’s Principe di Savoia hotel in a hall duly arranged for her. It was the revelation of a true artist.

In that same circumstance, Anna Crespi remembers how the child timidly asked her to receive a newly-published book of tales by Saverio Balsamo as a gift. Then Mihaela flew away, asserting herself in the musical world. Success after success, she played (she performed) at the Salzburg Festival, in Vienna, in London, in New York, at the Quirinale in Rome.

Her life’s story has been really short, with a rapid and cruel epilogue. She left a 5-year-old daughter. We will remember her as a sensitive adolescent, absorbed in music.