Big, pulpy and joyful flowers will light up Rome’s winter in 2013. Starting from today (January 15), Ana Tzarev’s solo exhibition “The life of flowers” opens up at the museum of Palazzo Venezia, in the Room of the Old Refectory. Born in Croatia in 1937, Tzarev has been extraneous to the art world until her seventies. Her biography is curious to say the least: most of her life has been a non-stop journey, from ex-Jugoslavia to Australia and New Zealand, from Thailand to the United States. A gardener and landscape-expert for decades, only late in life did Tzarev decide to bring her daily occupation onto a canvas.

Sometimes compared to post-impressionist authors and to US artist Georgia O’Keeffe—who depicted giant petals and corollas until age one hundred—Tzarev really responds to phenomena and interests so universal as to transcend any specific genre. A representative of the näive movement in her on peculiar way, she’s obtained her first big acknowledgements in 2010, when much surprise and even scandal was caused by her purchase of a vast exhibition space in one of Manhattan’s most exclusive art districts.

Tzarev creative production doesn’t confine itself to flowers, though voluminous and overwhelming shapes remain the starting and arrival point of her style. Thus, Tzarev goes from visiting exotic locations all around the planet to a closer attention to the plant and the human world. Some of Tzarev’s lesser known picture series are dedicated to the day to day life of the outcast, the Dispossessed.

The highlight of this Rome exhibition (open until 15 February), however, will once again be the shining beauty of flowers. When, in the summer of 2011, Tzarev was dedicated a solo exhibition in St Petersburg’s Russian State Museum, critic Alexander Borovsky wrote: “Ana Tzarev has learned how to “capture” the depictive motif very quickly. She has developed a powerful gestural style with an energy not unlike that of the post-impressionist era: an open color, a three-dimensional brush stroke—or rather, a fiery haze of strokes drifting optically in space, driven towards capturing and mastering nature’s signals”. 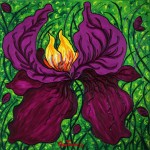 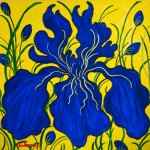 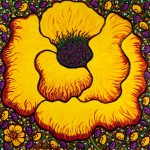 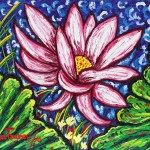 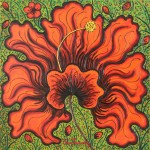 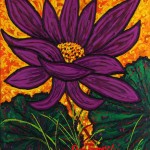