Newspaper scraps, bus tickets, food wrappings, leaves, rope and fabric pieces, even cigarette ends. For Kurt Schwitters, no object was unworthy of attention. The task he had taken up—perhaps a playful one in the beginning, even though its repercussions on his life turned out as dramatic—was precisely this: “A complete breach of inhibitions […] creating relationships between everything there is in the world”. 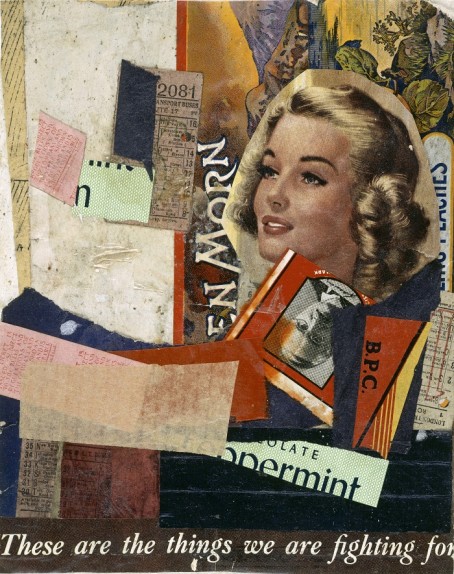 Born in Hannover in 1887, Schwitters transited through the major artistic movements of the twentieth century, from Impressionism to Cubism, to Futurism, Expressionism and Dada. Today Schwitters is remembered as one of the fathers of collage, as the one who brought the practice—already tried by Picasso at the beginning of the same century—to its highest levels and extreme consequences. To talk about his works, which anticipated modern installations with their three-dimensional development, Schwitters would prefer another label: “Merz”, that is, “a combination of all imaginable materials, for the sake of art”. 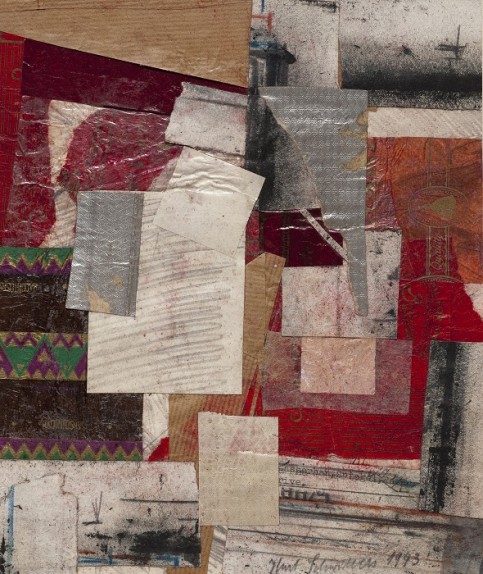 Proud if his individuality, incapable to walk in the steps of the various extant avant-gardes, Schwitters appears as a hard-to-interpret figure. An exhibition at Tate Britain, open to public between 30 January and 12 May, attempts to investigate the German artist’s work, focussing on a limited time span of his life: the period spent in Britain while escaping the Nazi persecution. 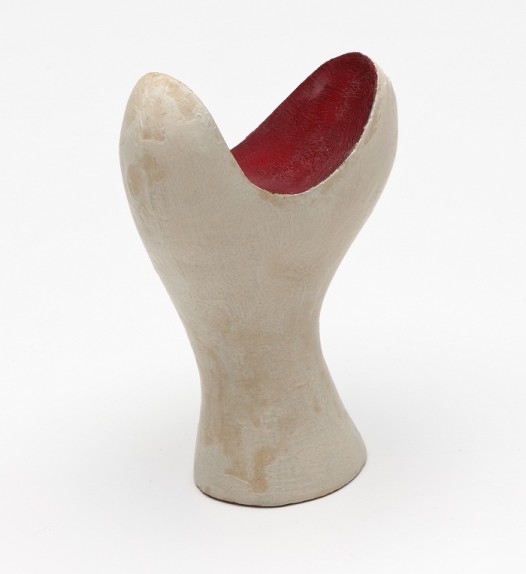 It’s the story of an exile that came to an end only in 1948, the artist’s departure: “Schwitters in Britain” collects more than 150 collages, compositions and sculptures, most of them from the 1940s. After having seen the Isle of Man and the streets of London, in 1945 Schwitters bought a house in the English countryside, in the Lake district. The small sculptures of the Untitled group (Opening Blossom) belong to this phase, as also the ambitious Merz Barn, a work of architectural proportions, which continues the project began with another building located on German soil: the “Hanover Merzbau”, built with materials of sorts, later destroyed by European bombings, regarded as one of the lost masterpieces of European Modernism. 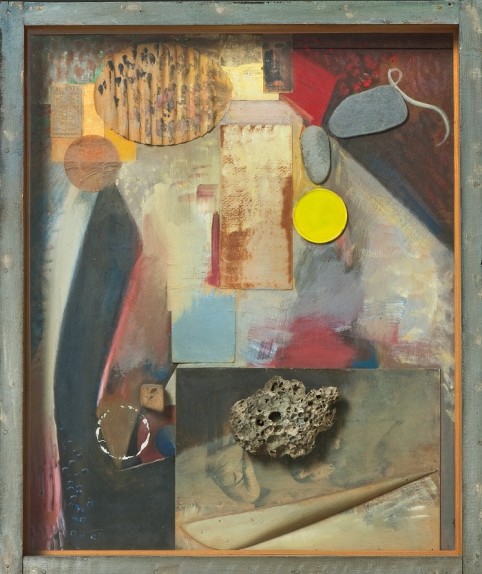 Branded as “degenerate” by Goebbels’ ministry in 1937, Schwitters’ art paradoxically stems from one of the most politically tame spirits of the art scene of the time: “His interest lied in the balancing between colours and shapes” explains Karin Orchard, curator of Hannover’s Sprengel Museum: “He never wanted to offend anyone”.

Kurt Schwitters, Irgendetwas mit einem Stein (Anything with a Stone) 1941-4