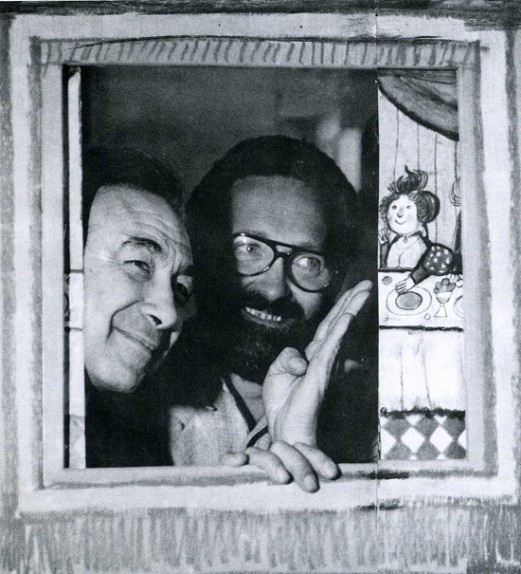 Those who were children in the Sixties and Seventies will recall the sense of wonder attached to it. Those who were parents, will have already appreciated the expressiveness of its stroke and the intensity of the soundtrack. Children and parents from the following decades continue to get the same feelings still today. Thus the exhibition opening today as Turin’s National Museum of Cinema, focused on the animated cartoons co-created by Italian director Giulio Gianini (1927-2009) and Italian illustrator Emanuele Luzzati (1921-2007), announces itself as one of this season’s initiatives whose cultural flavour and sentimental charge will tend to strengthen each other.

Among those who were bewitched by Gianini and Luzzati’s work are the great intellectuals and showmen of the past. Giorgio Strehler, who knew Luzzati also thanks to the exquisite scenic designs he had created for theatrical productions, described his art as “built out of wind, fragmented colours and funny illusions”.

Federico Fellini, who knew the couple’s film repertoire all too well, after watching their Pulcinella in 1973, wrote a letter which started out as follows: “Dear friends, I saw your Pulcinella. You two remember how much I enjoyed La gazza ladra, how I admired its imaginative pictures, its humorous attitude, its sense of fable and the brilliant graphic layout of the whole work; I didn’t believe you could do better. Yet I’m delighted to tell you you managed to”.

Much admired in their native country, some of the 26 films authored by Gianini and Luzzati with découpage techniques succeeded in overcoming the national borders. Their versions of two the Rossini operas mentioned by Fellini, namely La Gazza Ladra (1964) and Pulcinella, earned two Oscar nominations to their authors. Other titles testifying to the two artist’s will to “make children love classical music” are L’italiana in Algeri (1968) and Il flauto magico (1978).

The exhibition at the Mole Antonelliana, open until 12 May 2013, will present a wide selection of the original materials on the basis of which Gianini and Luzzati created their films. The collection includes more than 200 characters, sketches, screenplays and storyboards: the raw material of a work which, as Tullio Kezich said, carries with it “the high and intransigent morality of a love lesson, firmly latched onto a spiral of fun”. 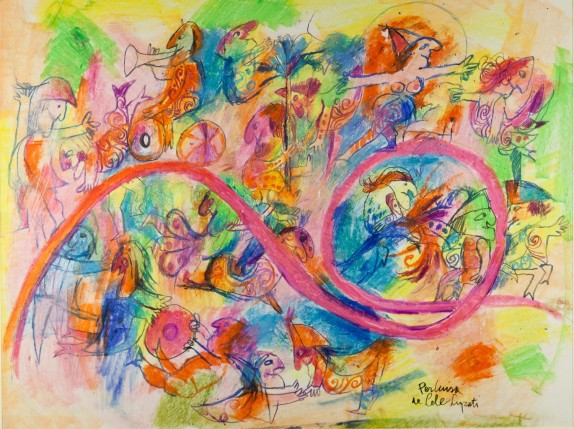