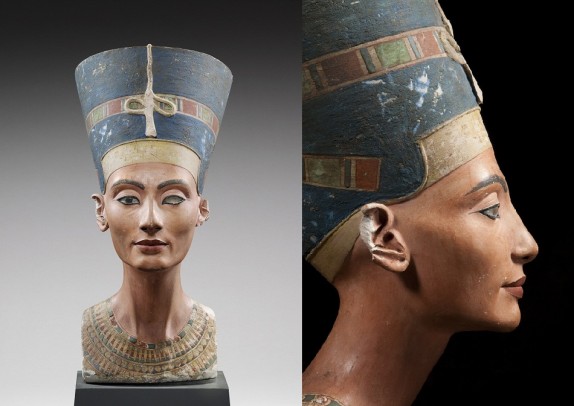 6 December 1912 represents a memorable date for the archaeological exploration of Egypt. On that day, in the site of Tell el-Amarna on the East bank of of the Nile, 300 km South of Cairo, the polychrome bust of queen Nefertiti was discovered. One century later, an exhibition at Berlin’s Neues Museum sheds new light on the history of the ancient city of Akhetaton and on the precious findings which carry the name of German scholar Ludwig Borchardt. 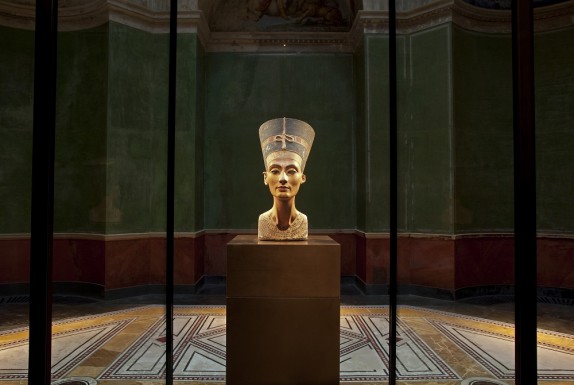 The exhibition, entitled “Im Licht von Amarna. 100 Jahre Fund der Nofretete” (“In the Light of Amarna – 100 years of the Find of Nefertiti“) can’t but start from the most celebrated work of sculptor Thutmosis, the Museuminsel’s ultimate treasure. Open until 13 April 2013, it exceptionally showcases a rich collection of findings as an absolute première. 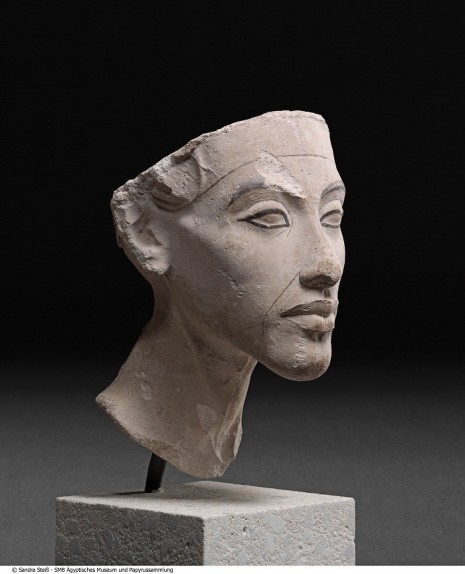 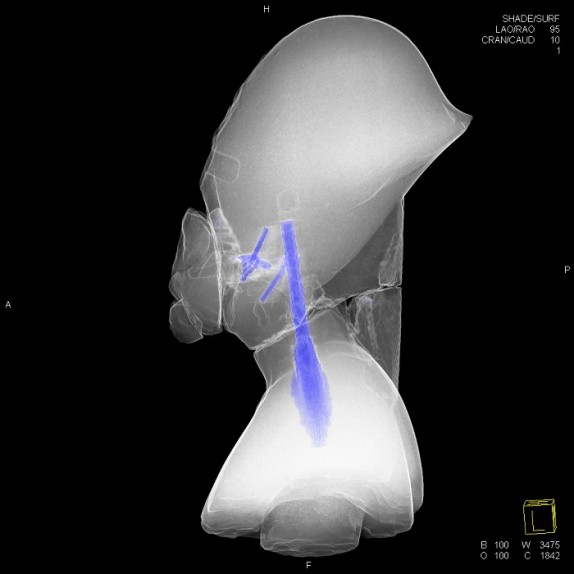 The bust of Pharaoh Akhenaten, the founder of the city of Akhetaton in 1346 BC, deserves special attention. Though found in pieces and not undamaged like Nefertitis’ twin portrait, the work nevertheless shows signs of Thutmosis’ hand, first and foremost in its gilded plating. The reconstruction task has been carried out in recent years thanks to techniques like digital thermography, which is accounted for in the exhibition through fascinating screen images. 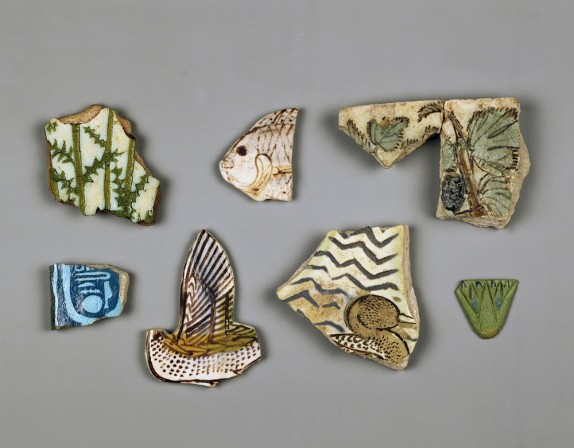 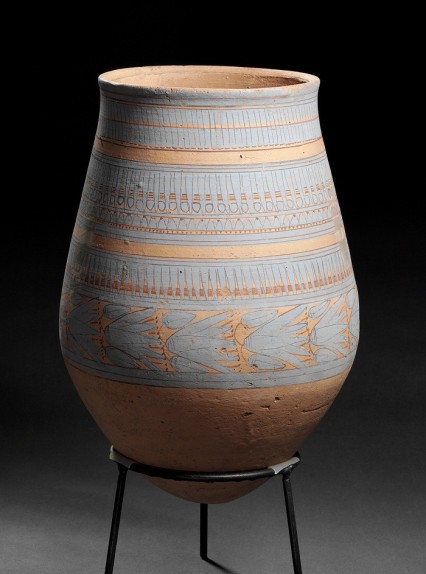 Equally stunning is the vividly painted pottery set, mostly a property of the royal couple Akhenaten-Nefertiti. Decorated with folower garlands and floral patterns, these amphoras, bottles and cups testify to the urban wealth and the achievements of Egyptian handicraft at the time. Most of the pottery unearthed in the Akhetaton estate is still under restoration. Borchardt’s excavations brought to light an amount of materials (there appears to be 10,000 inventoried items, more than a half of which came to Berlin) so great that, one century later, we can still expect to be surprised by new, unprecedented findings. 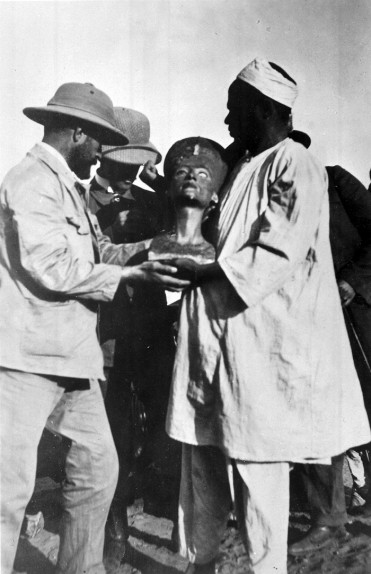