One of the most pleasant encounters the Amici della Scala have in the last months was that with artist and musician Benjamin Skepper. We met him last November after seeing his extraordinary performance in Milan’s Palazzo Serbelloni, where he played for the Amica magazine’s 50th anniversary party (see the recently-released video below).

A few days after the concert, Benjamin came at our office. We had a stimulating discussion in which we established the basis of a future collaboration. As he was leaving for Japan, where he currently lives and works, he then called us from the airport, sending us his salutations as well as a promise to meet soon.

Though he’s currently a far cry from the traditional canons of classical music, Benjamin started in fact as an enfant prodige of it. Born in Australia, he first played piano at 2. When he was 7, he embarked in a concert tour around the country as a piano soloist and soprano, establishing the record for the most young self-taught harpsichord player in national history. At 10 he performed Mozart’s piano concert along with an international symphonic orchestra. Then came his passion for cello, an instrument with which he began new adventures and tours with orchestras and chamber ensembles. 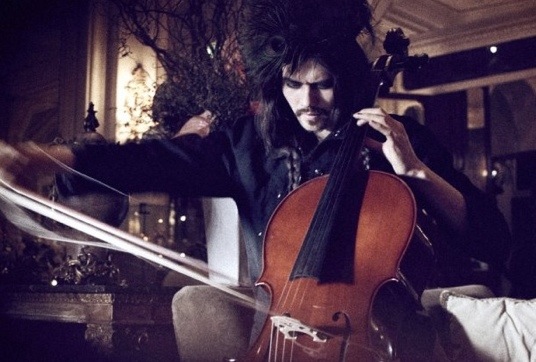 With 20 years of experience in classical music, after a journey to Cambodia and its law degree at Melbourne University, he begins to play cello in the frame of a contemporary production, opened to the fusion of genres. Inspired by art, nature and architecture, he starts collaboration with the world of cinema and fashion. He often performs his original live shows along with professionals in the painting, sculpture and video-art fields, not to mention his collaborations with famous musicians.