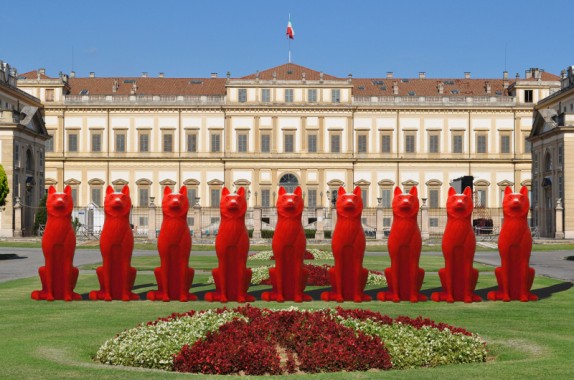 What does bring Italy and China together? Reading China in Ten Words (Vintage), an at once scoffing and moving portrait of the Celestial Empire by Chinese author Yu Hua, through a collection of words like “people”, “leader”, “disparity”, “copycat” and “bamboozled”, one may get much in emotional terms, but little as to precise cultural references.

It is perhaps because of this difficulty that the organisers of the Italy-China Contemporary Art Biennial, open until 16 December at the Reggia of Monza (and other locations of the same area), chose a different strategy in order to bring the two countries closer. They decided to pick one single interpretive key, identified with the aspect that most immediately defines a nation: its territory. 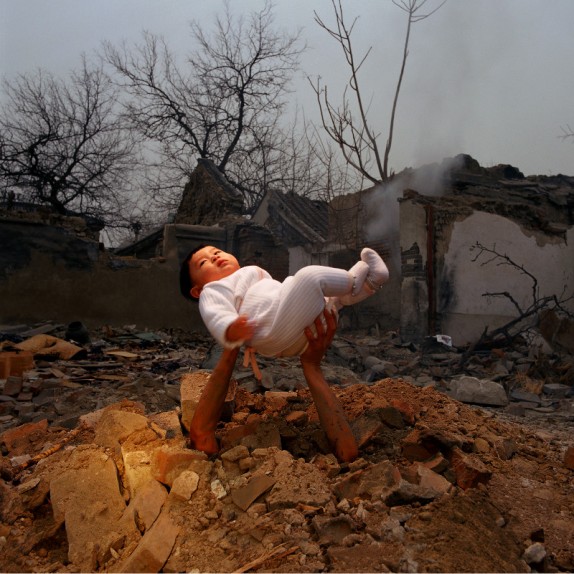 The subject being that of the relationship between man and Nature, one would expect the exhibited works to massively manifest their dissent, as environmental issues are ever so serious in East Asia. Yet, despite the titanic scale of China’s urban growth, protests are more subtle and indirect than raging. Yao Lu’s Green Cliffhanger totally plays on a surprise effect: looking carefully at it, what appears to the spectator as a bucolic, classic-style landscape is really the result of a digital edit; its gently sloping hills aren’t but heaps of trash covered in green plastic nets. 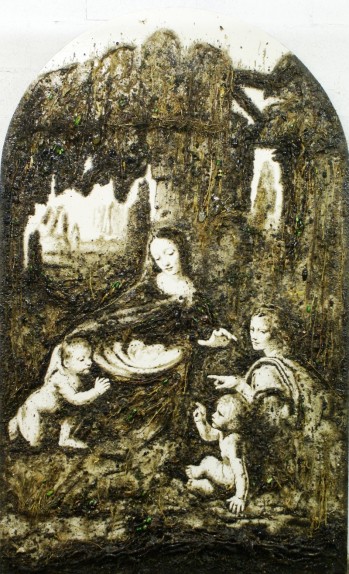 Equally disorientating is Aldo Damioli’s Shanghai, portrayed with cruel realism; or the Po Valley landscape depicted by Valentina D’Amaro, stripped off of any form of life, surrendered to an indefinite wait. The calligraphers’ section is especially remarkable, while the pink plastic silhouettes of Massimo Giacon’s Shelter ideally pair up with Yang Na’s Lover canvas. Both works are carried out in a cartoonish style, but they aren’t funny at all—rather they evoke emotional upheaval and children’s deaths. 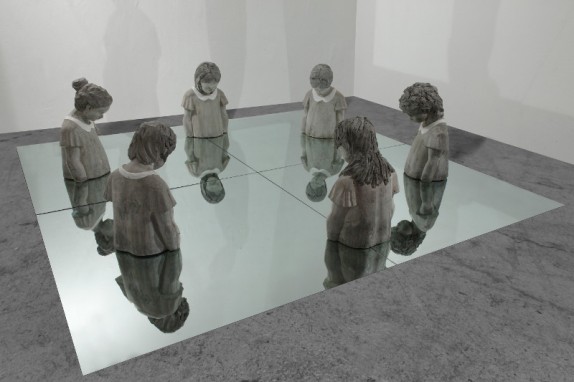 Liu Jiahua’s towering urban monster, coiled upon itself amongst piles of houses, tubes and tiny workers’ figures, is there to remind us of the rapidity of the ongoing changes, as is Lv Peng’s collective and loud portrait, entitled Rainbow. Outside the Royal Villa, an heavy machine made of wood and iron by Wu Daxin is ready to be set in motion. It is topped by a miniature reproduction of a traditional architectural piece, which crowns or perhaps crushes it. 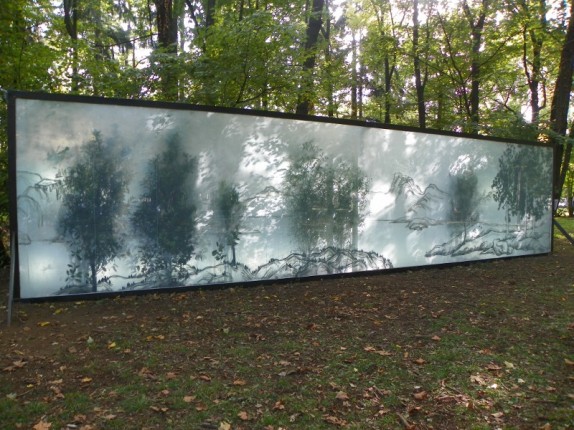